From bridge, road, railway and harbour construction to tunnels and treatment plants, we carry out all forms of civil work.

The company operates an extensive fleet of modern earthworks plant and equipment including excavators, dozers, graders, loaders, compaction equipment, trucks, crushers and asphalt and surfacing machinery. The fleet is well maintained, and the company retains a core of skilled individuals with solid experience in the road construction sector.

Whether it is refurbishment of an office or commercial building, expansion of a shopping centre or a smaller alteration, we can help you. We have many years of experience with both small and large refurbishment tasks.

Energy is an important guarantee for social and economic development, and vigorously develop renewable energy is the main way to start to solve the energy crisis. With the improvement of people’s living standards, the importance of environmental awareness and sustainable human development and health expanded, there is a dramatically demand for environmentally friendly energy-saving lamps. 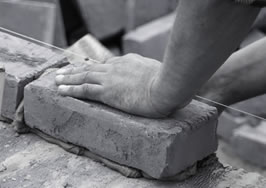